Stuff I find on the interwebs.

Welcome to another exciting edition of “stuff Matt finds on the web”. Wow the internet never ceases to amaze me. So many amazing developers, designers and some times idiots live on the web.

This tool is sweet. Hides your email from spammers. Comes in 2 flavors. An online edition, and a newly released application for your desktop. (Sorry Windoze users, mac only). Thanks hive logic for being cool. 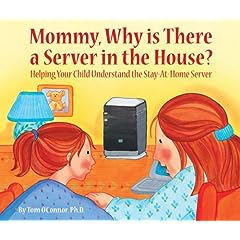 Yep. its real. Published by Microsoft to promote the Windows Home Server OS.
Found via Inc.

Being a creative visual person that i am, I found this pretty cool. And I think google should be somewhat worried. Worried enough to buy out veiwzi, and make it googles own.
http://www.viewzi.com/. Too bad its hard to remember to use and spell.

The internet was invented in 1934

The New York times has an article on what looks to be the first concepts of the internet by a Belgium information scientist named Paul Otlet. Otlet even dreamt up online social networking & file sharing. Here we thought myspace & napster were first.